Oscar snubs are pretty much a given. When the Academy made the number of Best Picture nominees variable, it virtually guaranteed them in the Best Director category, and it’s no secret that I think both Ben Affleck and Kathryn Bigelow deserved nods this year. Still, If you haven’t seen Richard Linklater’s Bernie, you probably had to read the title of this post a couple times. But yes, I do believe Jack Black deserved a Best Actor nomination for his performance in the title role. 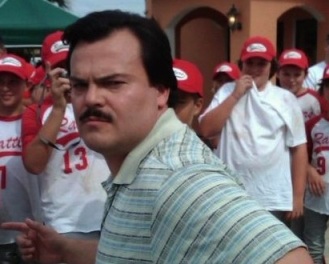 The film is a genre-defying mix of reality and fiction based on the true story of Bernie Tiede. It blends documentary style interviews, scenes with only actors, and scenes where actors play off real townsfolk playing themselves. Tiede befriended and eventually murdered an elderly woman, Marjorie Nugent (Shirley MacLaine), in Carthage, Texas in the mid-1990s. The character Bernie is unlike any other I’ve seen Black play. To be fair, I’d only seen him in The Holiday, Be Kind Rewind and Year One, in which his characters were all sort of similar, funny, a bit wild, sometimes manic, and seemingly based on himself.

Bernie Tiede is a complete departure. He’s a popular small-town funeral director who favors gospel music, community theater, and the company of women 20 years older than himself. Black becomes Bernie, but his performance isn’t just an imitation of mannerisms and speech. The actor invests the character with enough heart so that, murderer or not, he’s likable. We can relate to Bernie and his apparently innocent desire to help improve the lives of the town’s residents.

First this clip, Black as Bernie:

And an interview with the real Bernie

So why wasn’t Black nominated for an Oscar, despite receiving Golden Globe and Independent Spirit nominations? Part of it is that the Golden Globes have separate comedy/musical categories for Best Picture, Actor and Actress, while comedies are notoriously unpopular with Academy voters. And, because the film didn’t receive a wide release, I think it’s a safe assumption that many Academy members, like many of the moviegoing public, completely missed it. Also, the story unfolds on such a small canvas that it reminded me of Jane Austen’s work, and her description of it as “the little bit (two inches wide) of ivory on which I work with so fine a brush.” Yet, also like Austen’s work, it manages to comment on class conflict, justice, and human nature. How easy for a film like this to get lost in the shuffle of special effects showcases and global-history dramas. Which is really a shame.

PS: I’ve said before, Bernie is a character study, and boy oh boy, is it ever full of characters. Make sure you watch the credits to see who is acting and who are actual members of the town. I’ve included some clips below in the hope that they’ll convince you to give the film a try:

A Carthage resident’s guide to Texas:

Plus, sing along with Bernie on “Love Lifted Me” — this scene is our first sight of Black in the film: 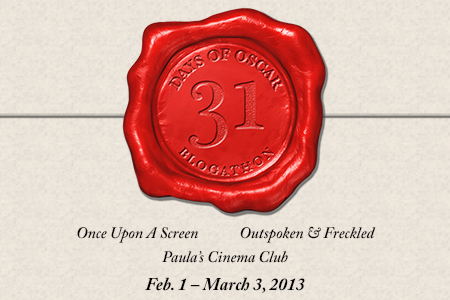 This post is part of the 31 Days of Oscar blogathon.

Recently tagged “most underappreciated film of 2012” by the Los Angeles Times, Bernie (2012) is based on the true story of Bernie Tiede (Jack Black), who befriended and eventually murdered an elderly woman, Marjorie Nugent (Shirley MacLaine), in Carthage, Texas.

In real life, Tiede befriended Nugent in 1990, shot her in 1996, was convicted in 1998, and is serving a life sentence. The case deeply divided the townspeople of Carthage. Danny Buck Davidson, the district attorney played by Matthew McConaughey in the film, told a local paper in 1998, “This town is split up.” Nugent’s son, Dr. Ron Nugent, maintains that Tiede drove her family away and that her side of the story has never been told. On the other hand, there is a blog, Free Bernie Tiede, which allows Bernie to communicate with his supporters, and in August 2012, the Dallas Morning News reported that, after seeing the film, an Austin attorney has taken an interest in Tiede’s case.

But Bernie isn’t really about all that. It’s actually a character study, the kind Hollywood doesn’t really produce all that much any more, and, in this world of big-budget special effects showcases, something as narrow in scope and as perfectly executed as Bernie is a welcome refreshment.

In the film, Bernie is much beloved by all of Carthage for his affable personality and tireless involvement in many civic and church activities. A mortician by trade, it is his habit to check up on the town’s widows, and someone as unpleasant as Mrs. Nugent, recently bereaved, needs a friend. The two soon become inseparable, but Mrs. Nugent is also more and more possessive of and verbally abusive toward Bernie, who can’t deal with any kind of negativity or drama. One night he snaps and shoots her. He then hides her body and continues as if she’s still alive…just very very sick. Having been given power of attorney, Bernie also spends her money, but only to help other people.

When Marjorie’s body is found, the music on the movie’s soundtrack is the only real indication of sadness. Nobody, including her family, really missed her spiteful ways, only her money. No one in town can quite believe Bernie capable of murder, anyway; a few even hassle the district attorney to “leave poor Bernie alone.”

Reality and fiction meld in this genre-defying film. Bernie is a seamless mix of documentary-style interviews with actual Carthage townsfolk interspersed with re-enactments and scenes from Bernie’s point of view, which use actors. It’s pretty clear whose side director Richard Linklater is on, but the story and its implications are only part of this film’s pull. The casting is perfect. Black excels as Bernie, making the character relatable and the oddity of the plot believable. MacLaine makes the most of her smaller role, displaying a steely-eyed malice and hinting at the grief behind the jealousy. However, the citizens of Carthage steal the show — they are a charming, funny bunch whose loyalty to Bernie is as endearing as it is stubborn.