Joel McCrea is TCM”s Star of the Month for May 2012 and I admit I hadn’t really given him much thought. But sometimes all it takes to appreciate someone’s work is further exposure to it, and so it is with McCrea. He has a mellow, old-fashioned all-American quality that is really growing on me. He is really good in Espionage Agent (1939) as the diplomat whose wife (Brenda Marshall) has been forced into spying for the Nazis in the early part of WWII, before the US entered the war.

The film has the same producer as Casablanca, Hal Wallis, and it shares an anti-isolationist perspective with that picture and with Foreign Correspondent, which also starred McCrea. Agent is like a cross between Correspondent, Night Train to Munich and Confessions of a Nazi Spy. No wonder I really liked it.

What I also really dig about this film is the typography. It’s just really lovely. Espionage Agent isn’t available on video in any format…maybe Warner Archive will release it someday…for now we’ll have to rely on photos of my TV that I took with my phone. 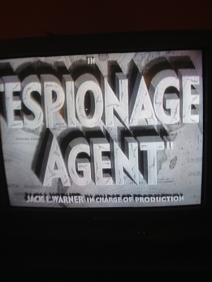 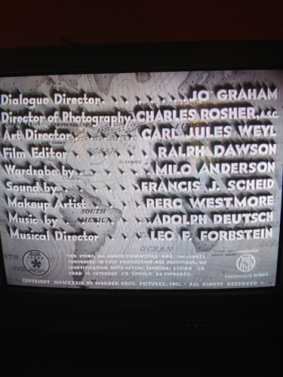 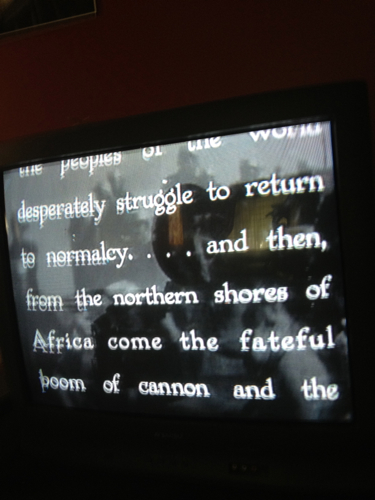 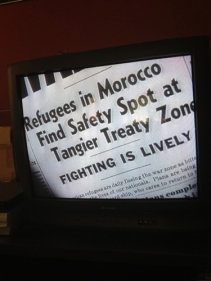