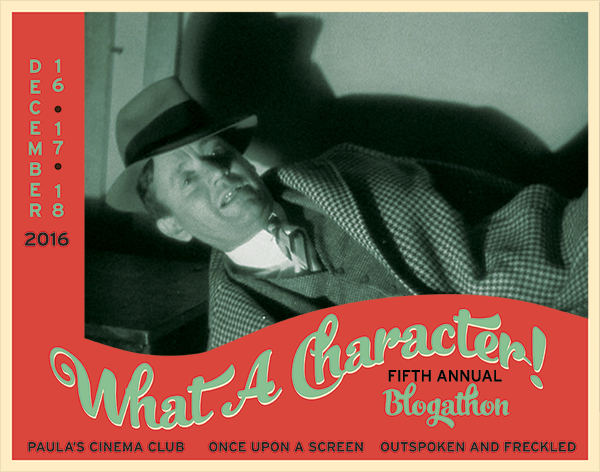 Roscoe Karns (above) welcomes you to the What A Character! Blogathon, now in its fifth fabulous year of celebrating those actors whose faces you know but whose names you may not. I’m your hostess for the Day 3 offerings. Be sure to also check out Day 1, hosted by Kellee at Outspoken and Freckled and Day 2, hosted by Aurora at Once Upon A Screen. It’s been my pleasure to work with these two dames to shed some light on the names below the title. And now, on with the today’s show…

Happy reading, leave a comment, start a conversation! Additional awesomeness expected throughout the day so check back here soon. Many thanks to everyone who has supplied such entertaining and educational posts this year. I’ve personally expanded both my knowledge and my to-watch list, and I hope you all have too.