Chances are, it’s not just the perfect leads that win your go-to films their place in your heart — it’s their pals and sidekicks as well. The wise-cracking best friend or fellow chorine, cranky boss, sympathetic bartender, confirmed spinster secretary, intrepid cop, jealous girlfriend, second-in-command racketeer or bomber pilot, workaholic director…faces familiar from their appearances in many films over the years, their names — not so much. To take a couple obvious examples, what would Casablanca be without Dooley Wilson, Sydney Greenstreet, Peter Lorre, Conrad Veidt, S.Z. “Cuddles” Sakall, Madeleine LeBeau, John Qualen, and Leonid Kinskey? How about My Man Godfrey without Alice Brady, Eugene Pallette, Gail Patrick, Jean Dixon, Alan Mowbray, and Mischa Auer? Probably pretty good films, but just not the same, not as lovable, not as classic. 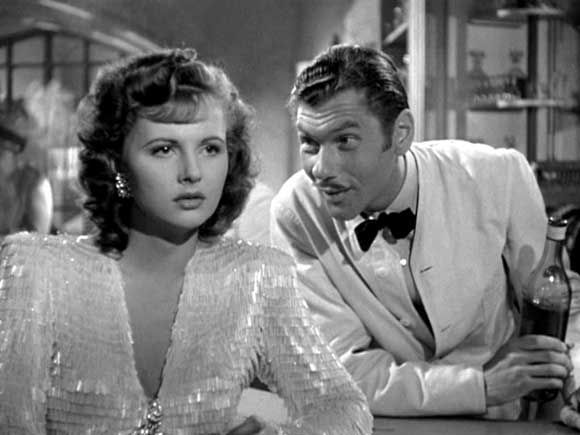 Thus the objective of the What A Character! Blogathon has always been to shed the spotlight on these lesser-known but equally talented thespians, whose names usually appeared below the title, but who always elevated any kind of material from Oscar-winning to the most tired, often without saying a word. Please join me here at Paula’s Cinema Club, Aurora at Once Upon A Screen, and Kellee at Outspoken and Freckled for the SIXTH year in a row of paying tribute to the versatility and depth of supporting players.

If a salute to lesser-known but essential Hollywood thespians is right up your movie alley, please review the guidelines below, then leave a comment below.

Thanks to our friends at TCM for letting us borrow the phrase What A Character!

Participating blogs and their choice of actors:

The Last Drive In – Martin Balsam

A Person in the Dark – Reginald Denny

Blog of the Darned – Charles Lane

In the Good Old Days of Classic Hollywood – Agnes Moorehead

A Shroud of Thoughts – William Schallert

Once Upon a Screen – Mary Wickes