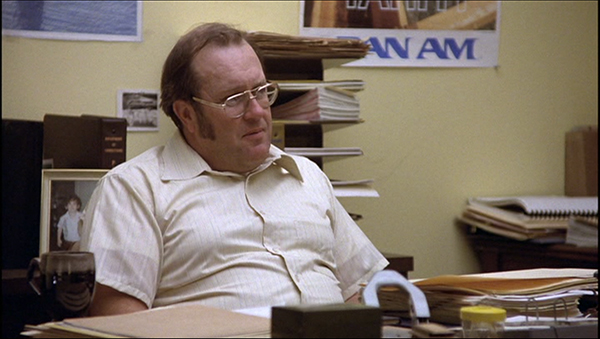 Paula’s note: This post is one of several by movie maven Jack Deth that I have had the pleasure of hosting on this site. See the rest here.

Having received an invitation from our hostess Paula to expand and illuminate that arena of young and unrecognized talent usually relegated to the back of a crowd or corner of a set before being noticed and given lines to speak and scenes to execute, I would be remiss to not give it my best effort and reach back to an unsung purveyor of the thespian craft, who literally started off in the background of Midnight Cowboy, Alice’s Restaurant, Little Big Man, and Cold Turkey in the late 1960s and early 1970s.

Plying his craft while being one of many. Building up a body of work and a reputation for being able to fill any slot for any type of dumpy, balding, kind of slimy, local or municipal bureaucrat, guard, telegrapher, cop, or barber. Sometimes affixing a Southern accent, or sticking to his high-pitched, upstate New York pronunciations, while using whatever was at hand to enhance his many characters. Before crossing my path in a big way in a small, very personal cinematic gem ramrodded by Dustin Hoffman and directed by Ulu Grossbard. A film which also prompted the parole of recidivist convict, Edward Bunker (Mr. Blue in Reservoir Dogs), through his semi-autobiographic novel, No Beast So Fierce. Which makes up the two fingers of Rye for this…

The film is titled Straight Time (1978). And it tells the tale of just-paroled convict, Max Dembo (Dustin Hoffman, unrecognizable in khakis, slicked-back hair, and pork chop sideburns), wanting to make good on the outside. While trying not to run afoul of parole officer/consummate prick, Earl Frank (Mr. Walsh), who has seen and heard it all when it comes to the B.S., lies, and half-truths woven by lifelong criminals suddenly given a taste of freedom (but only a taste). And Earl finds Max no different than the rest.

First, by talking the manager of Max’s Halfway House into opening the door to Max’s room, shaking it down thoroughly before Max shows up, and confronting Max with a pair of burned matches which may or may not have been used in helping to shoot up heroin.

Then taking Max to the county lock up for a top-to-bottom body inspection for needle marks and blood and urine testing. Which does little to improve Max’s disposition for the ride back to the Halfway House, with Earl constantly digging to find out who shot up in Max’s room, until Max can’t take it any more. He starts to pound Earl while the latter is behind the wheel of a city Dodge. Escaping traffic, Max exits the L.A. Freeway, gets some payback with Earl, and returns to the life he knows best:  medium payoff stickups and high-end jewelry store smash and grabs!

What Does Mr. Walsh Add To The Tale?

Being the absolute smarmy, arrogant personification of every parolee’s nightmares. Possessing the power to instantly violate and send back to prison for the smallest infraction. Or to make life a slow and intimidating Hell on Earth just on General Principle. Being this down-in-the-dumps, second-chance Anti-Hero’s smugly sneering Villain, while also supplying the impetus and leverage needed for a two-time loser to chuck all his ideas of “going straight” and take his chances!

Mr. Walsh also provides the springboard needed for Max to reconnect with his childhood friend Willy Darin (Gary Busey), Willy’s wife, Selma (a young Kathy Bates), and recently-married ex-con, Jerry Schue (Master Character Actor Harry Dean Stanton) looking for some action, which Max is more than ready to supply with the aid of his girlfriend, Jenny Mercer (Theresa Russell, believably naive and inviting in her debut role). As one, then another, ridiculously sloppy Convenience Store stickup is pulled off, better, more reliable hardware is acquired and sawed off. And plans are made, in one of the best unvarnished glimpses into the sometimes explosive criminal character and psyche of the late 20th Century!

Where everyday housewife, Abby Marty (Frances McDormand) is caught up in an abusive marriage with honky tonk owner Julian (mailbox-jawed, hangdog, and ulcered Dan Hedaya), and seeks some relief in the arms of bartender and bouncer Ray (John Getz).

Of course, this upsets Julian, who hires Visser to do some nighttime photography that will expedite the possibility of delivering divorce papers to Abby. Who doesn’t take the hint. And tempts Julian to up the ante and kill Abby and Ray. Utilizing Visser to do the dirty deed done dirt cheap while Julian is away on a weekend’s fishing.

Except Visser sees a more profitable opportunity in possibly framing Abby. By using her own personal .38 Top Break Iver Johnson Revolver, firing twice, and starting Julian on quite possibly the longest, slowest death scene in cinema. Being abandoned, though leaving a damning piece of evidence behind, as Ray cleans up what Visser hopes will be perceived as Abby’s mess.

And leaving only a few loose ends for Visser to clean up in the film’s suspenseful final reels!

What Does Mr. Walsh Deliver to this Film?

The assured, confident ability to move an already-dark tale into the deeper, more mysterious, complicated, and paranoid world of supposed simple solutions and Murder For Hire. Provided by one of Hollywood’s lower tier “Sweaty Men In Cinema” who has no qualms about a quick double-cross and “getting some for himself,” before taking Ray. and hopefully Abby, off the books! 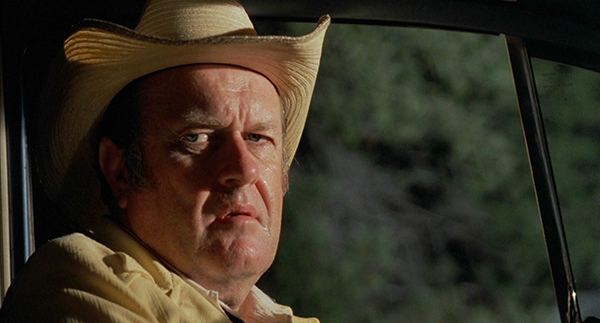 Overall Consensus
Though I was well-versed in Walsh’s work prior to these initial meetings, it’s these two roles which reached out, took hold, and shook me to this actor’s grossly underestimated talents. Especially paired off opposite slow-burning, then over-the-top Dustin Hoffman. And later testing the lucrative waters with Dan Hedaya’s bilious, pain in the rear, Julian. And finding them rewarding!

Agree? Disagree? Personal Opinions are Welcome. As the Floor Is Open For Discussion!

This post is part of the Fifth Annual What A Character! Blogathon. Check out all the other Day 1 posts here. 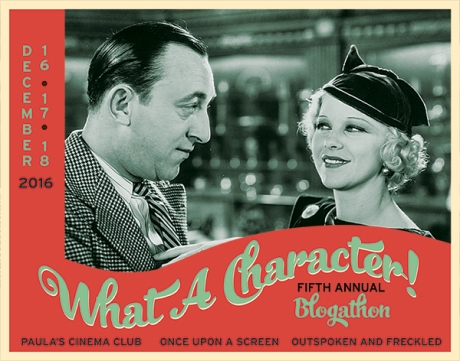 6 thoughts on “What A Character! Shot and A Chaser: M. Emmet Walsh”