This past weekend, our theater Cinema Detroit was a venue for the fourth annual Cinetopia International Film Festival, which brings “the best films from the world’s best festivals” to Detroit and Ann Arbor every June. It was our second year as a Cinetopia venue and while all the films on our slate were worthwhile, I’m highlighting five of my favorites. Keep an eye out for these if you haven’t seen them already.

Black Coal, Thin Ice
This Chinese thriller, winner of the Golden Bear at the Berlin International Film Festival, has many of the elements of a film noir — melancholy atmosphere, a femme fatale, a disgraced cop, a maze of a case that draws him back in — plus stunning photography of contemporary urban settings. If you like your noir bleak and gorgeous, or simply dig a tricky plot, this is the picture for you. The List says it best: Black Coal is “a visual masterpiece, blending traditional film noir sensibilities with an alien, industrial location to stunning effect. Cinematographer Jingsong Dong makes full use of his surroundings, filling the screen with evocative imagery both expansive and intimate: the excellent tracking shot that takes us from 1999 to 2004; ice-skaters circling silently against a darkening sky; an awkward, claustrophobic sexual liaison in a solitary cable car.” 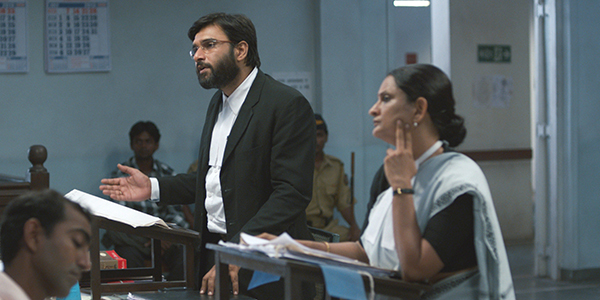 Court
We were proud to present the Michigan premiere of this Indian courtroom drama. It’s easier to list the international film festival awards that this film hasn’t won…suffice to say it’s critically acclaimed enough to hold a 100% rating on Rotten Tomatoes (as of 6/11/15). Through his story of the trial of an unapologetically rabble-rousing folk singer accused of “abetment of suicide,” writer-director Chaitanya Tamhane exposes India’s judicial, class and educational systems as absurd and unjust, and subtly reveals the clash between the country’s old and new ways. The singer’s urbane lawyer, representing the “new India,” is pitted against a prosecutor who relies on colonial-era legislation to make her case. It’s slower-paced than an American film about the same topic would be, but if you can get used to it, you’ll be rewarded with a fascinating, beautifully photographed slice of life in a country with a justice system that is perhaps not so very different to our own. NB: The sequence at the very end is about the judge in the case.

Les Coquillettes (Macaroni and Cheese)
Three young women travel to the Locarno Film Festival and end up doing everything but watch the films. Writer/director Sophie Letourneur essentially portrays herself, a director with a feature entered in the festival, who is also obsessed with a real-life actor, while her two friends, Camille and Carole, have romantic misadventures of their own. Told in flashback, the trio’s overlapping memories and the realities of the trip differ, to comic effect. The frankness and authenticity of Letourneur’s film have drawn comparisons to “Girls,” while the structure is reminiscent of the work of Alain Resnais, with similar emphasis on remembered experiences.

Slow West
Ever since he splashed out of Andrea Arnold’s Fish Tank in 2010, Michael Fassbender has earned a reputation for playing characters that are at the least morally ambiguous, at most pure evil. So in Slow West, when Fassbender’s Silas offers his services as guide and bodyguard to teenaged Jay Cavendish (Kodi Smit-McPhee), who is making his lonely way across the Old West to find his girlfriend and her father, it’s natural to assume that Silas might not be completely legit. Cavendish is, as Silas tells us, “a jackrabbit in a den of wolves” — one of whom is almost certain to be Silas himself. Writer-director John Maclean’s debut feature is firmly rooted in the traditional Western and has touches of both humor and melancholy. He’s not afraid to mess around with the timeline either, and despite its arguably inconclusive ending, this a very satisfying film. It’s sad that it went to VOD right away, because it really demands a big screen — see it there if you can.

Tab Hunter Confidential
I’m so pleased that we’ll be screening this at CD when it’s released in the fall. It’s a new documentary from the director of Cinema Detroit favorite I Am Divine, Jeffrey Schwarz, and looks at the life of the former teen idol, All-American boy-next-door Tab Hunter. Weaving archival footage together with interviews from such diverse celebs as Clint Eastwood and Portia de Rossi, Robert Wagner and George Takei, and Lainie Kazan and of course John Waters, Confidential introduces us to the real Tab Hunter, a happy, healthy, incredibly mellow survivor of both the closet and the Hollywood roller coaster. PS: Can you believe this guy is 84 years old?

A version of this post appeared in the June 4, 2015 edition of Detroit’s New Monitor.