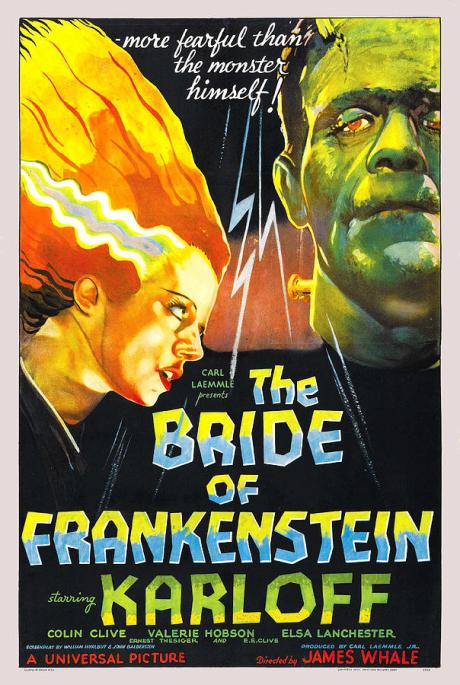 In Bride, a sequel to the wildly successful Frankenstein (1931), Boris Karloff returns as the Monster and Colin Clive reprises his role as Dr. Henry Frankenstein. This installment of one of the first horror movie franchises sees Dr. Frankenstein forced by another mad scientist to make a match for the Monster, with scary and sad results.

By 1943 Karloff had given up the mantle of the Monster, so Universal passed it to another one of their horror icons, Bela Lugosi. It seems as if the studio felt that one creature was good, but two was even better. So the film has the Monster facing off against the Wolfman, played by Lon Chaney Jr.

Seeing these two excellent examples of Universal horror classics is particularly appropriate this Halloween season as 2012 is the studio’s 100th birthday. And while you can see these movies at home (The Bride of Frankenstein is included on the newly released Universal Classic Monsters: The Essential Collection box set), seeing them on a big screen, like the Redford’s, adds much to the experience. Why not see these films as they were seen when they were first released —in a movie palace?